In 2020, Karate will for the first time be included in the Olympic Games.

This is a historic moment for the sport of Karate, as millions of practitioners worldwide now have chance to shine themselves in the Olympic glory.

But how will this happen? Who can participate? Where will it be held?

There are so many questions…

Today I’m going to answer them!

First of all, let’s cover the basics:

The Olympics Games in 2020 will take place in Tokyo, Japan – the country famous for modernizing Karate.

The venue where Karate will hold it’s competition is calledNippon Budokan, located in Kita No Maru Park, in central Tokyo. This is an indoor arena built exclusively for martial arts events.

For two days, Karate will use this arena to carry out it’s Olympic activities, divided into two specific categories:

No matter what category an athlete competes in, he or she will have to wear either a red or blue belt, as decided by a random draw.

The red contestant is called “AKA” and the blue is called “AO”. These are simply Japanese terms for “RED” and “BLUE”. This makes it easy for judges to express their decisions with red and blue flags. The point system could also be used, like in other Olympic sports. The rules are constantly updated.

So, who exactly can compete in the Olympic Games?

For example, you cannot compete with weapons, or with a black Karate uniform. Your approved Karate gi needs to be white, with the correct features.

You will also need to be selected somehow, because like I said, there’s only place for 80 people to compete in Tokyo – 20 in kata and 60 in kumite, divided into 50/50 male/female.

The selection process will be based on a world ranking that will take into account some of the biggest Karate tournaments in the world, including the World Championship, the European Championships, Pan American Championships and so on. This is decided by WKF.

It’s safe to say that only the best of the best Karate athletes will be able to compete in Tokyo – like in any other Olympic sport.

However, there might not be any more chances after 2020… because at the moment, Karate has only been accepted for this Olympic event.

In order to make Karate a regular Olympic sport (like swimming or gymnastics) it would have to be proposed and accepted for future Olympics as well.

So make sure you don’t miss this historic moment in Tokyo 2020.

I hope this presentation gave you some knowledge on Karate in the Olympics.

Share this with your Karate friends so they know too!

Thanks & see you in Tokyo!

PS. Is “Olympic Karate” good or bad? Here’s what I think. 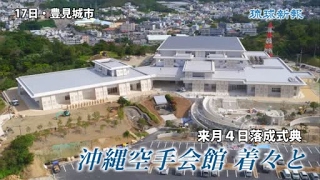 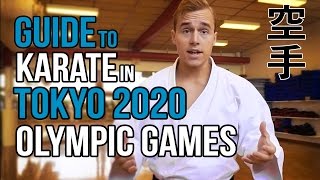 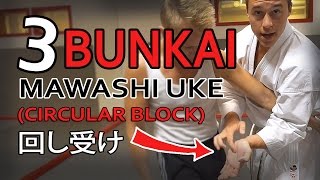 The Most Important First Lessons: Awareness and Preparedness